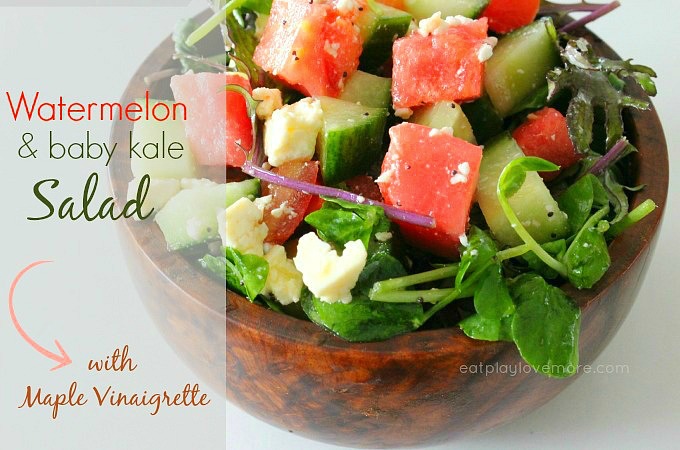 I have to admit, I was a little giddy the other day when I received my first organic watermelon of the season in my organic delivery box. It ain’t officially summer til you bite into a juicy slice of watermelon AND this watermelon salad with baby kale and maple vinaigrette will just dance in your mouth. I know this sounds cheesy but it’s an explosion of flavors and watermelon is the star!

Last year, after coming across a square watermelon, I became curious about watermelons – so I wrote a cheeky article called If You Wanna Make some Money, Grow Square Watermelon that looks at the phenomenon of designer watermelons AND if you’ve also ever wondered if seedless watermelon is GMO, read this.

This’ll take you a few minutes to throw together. I’m not much of a measurer when it comes to salads so add your desired quantities of each, throw on the vinaigrette just before serving, and dive right in!

For Whole30 leave out the maple syrup and feta.

For Vegan, use a plant-based feta or omit. 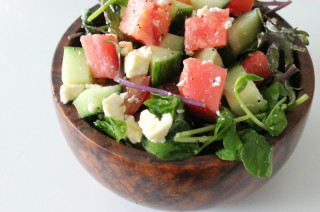 For Whole30 leave out the maple syrup and feta. For Vegan, use a plant-based feta or omit.