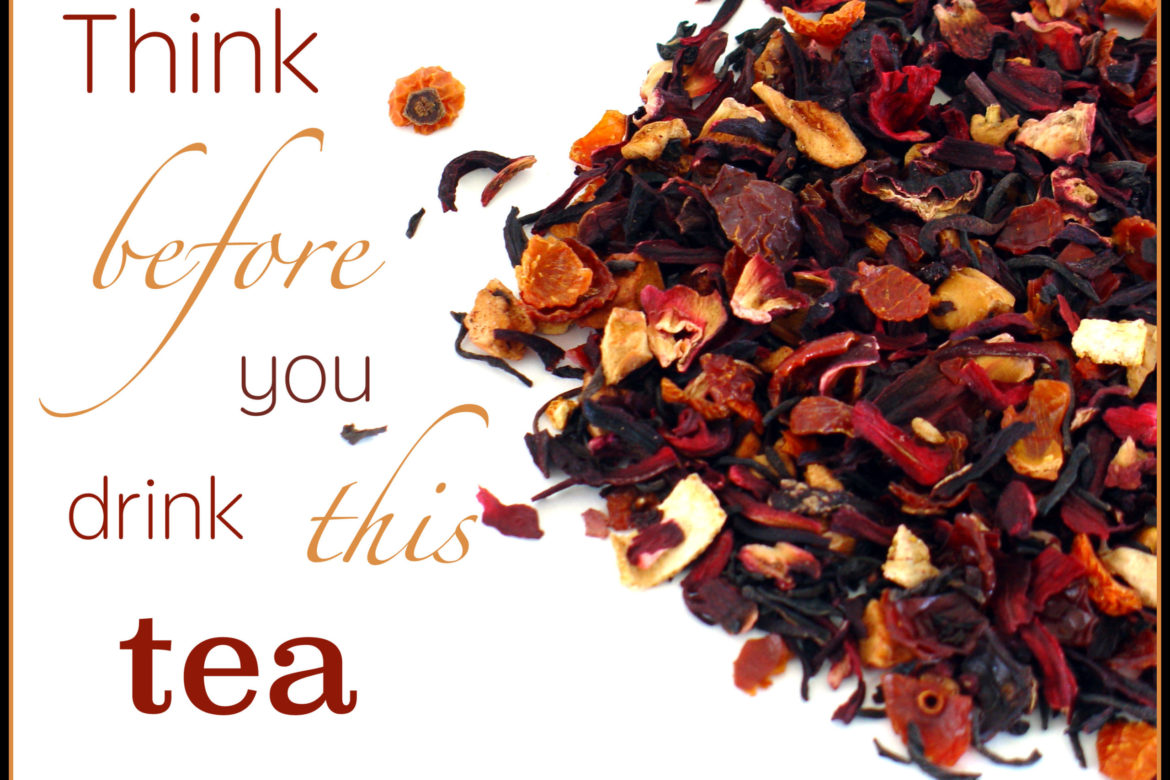 Think Before You Drink This Tea

Ahhh… Monday morning. The kids are crying. Your son can’t find his other shoe, your daughter has decided she needs to use the bathroom, and your youngest has spilled his milk all over his school clothes…. You maintain composure, send them off to school, take a deep breath and reach for the:

I TOTALLY get #1 and sometimes #3 but my go-to bevi when I need a little zen is without a doubt TEA. It’s soothing and grounding, but don’t take my word for it! Tea is the most widely consumed beverage in the world! The Chinese have been sipping green tea for centuries. I heart tea.  As with most modern day conveniences tea has become trendy. Tea shops are popping up everywhere and boxed tea abundantly lines the shelves of supermarkets, but have you ever wondered:

Is All Tea Created Equally?

Simply put…N-O! Wise consumers have to beware of the quality of the leaves they are brewing and drinking.

Let’s dig a little deeper… Teavana (owned by Starbucks) for example, boasts that they only use the

‘best quality tea’ and only the ‘highest premium ingredients’

however, there has been some controversy as of late regarding their teas. Glaucus Research, an independent market research company, sent 13 of Teavana’s higher end teas to an accredited third party lab in Germany for testing. If your definitions of ‘quality‘ and ‘premium ingredients‘ are similar to mine, you may just find these results contradictory to their claims:

Celestial Seasonings is another brand that claims to be 100% natural. When 11 of their teas were sent to an independent lab for testing, 91% of said teas were confirmed to be violating US pesticide standards.

Of particular concern was their ‘Sleepytime Kids Goodnight Grape Herbal Tea‘ and ‘Wellness Tea’ both of which contained a known carcinogen. Of particular interest is that Celestial Seasonings has received prior notice from the FDA regarding quality control issues at their factory in Boulder, Colorado. The teas cited in the FDA’s letter were Ginseng Energy, Detox A.M., Echinacea Complete Care, Sleepytime Extra, Sleepytime Throat Tamer and Tummy Mint from their ‘All-Natural Herbal Wellness Blends’. (source)

In 2010 Health Canada conducted their own pesticide testing on various (unnamed) samples of dried tea leaves. 267 tea samples were collected from Canadian retail stores and were analyzed for over 430 different pesticide residues. 138 pesticide residues were identified.

Interestingly Oolong tea contained the highest percentage with pesticide residue violations at 75% followed by white tea at 50%, green tea at 32%, herbal and black tea at 20% each, and other tea at 12%. Detectable pesticide residues were found in all types of tea sampled. (*Libby’s note- these tests were done on conventionally grown tea leaves.)

3. Do not buy tea with ‘natural flavors’

There! Now we know and are armed with information (I learned at ton while researching this topic!). The health benefits of tea are astounding (and may just inspire another blog post soon) and I am not prepared to negate them with poor quality tea, bags and ingredients! (*finger snap)